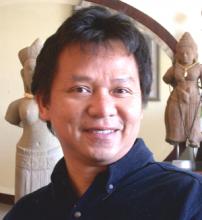 As the youngest boy in an urban family of Bangkok, Chat was often left behind to help his aunt prepare the family dinner while his older brothers and sisters ran off to play. At first, he despised the cooking task but later learned to enjoy the knowledge and skills, including discovering the sweet revenge of spiking and spicing his brother and sisters’ meals. He often intentionally prepared their meals of almost unbearable spiciness and got away with it. The food was so spicy, but so delicious, his siblings were unsure whether to punish or to praise him. Then, cooking became his passion. He gradually fine tuned the skill and continued cooking as commendation and praise were his only rewards and encouragement.

He came to the US to pursue higher education in a design field, while cooking and training in a French restaurant a part-time as a hobby; his first big step in the culinary profession. With a degree from California State University, he worked for several years in the hospitality design business specializing in kitchen and restaurant design. Later, he followed his yearning culinary passion by apprenticing at La Cagouille in provincial French cuisine in Rayon, France. Returning to the US, he offered his French cooking always with a twist of Thai or perfected his Thai cooking with a hint of French techniques to fit the western kitchen. He traveled extensively throughout Southeast Asia and realized a wealth of culinary knowledge among these countries and their unique cuisine. He again became an apprentice, this time of Southeast Asian cuisine and easily mastered the skill with his Thai cooking background. He put his skill to test in the culinary metropolis of San Francisco at a restaurant that specialized in Southeast Asian grill for several years before realizing his call of sharing the knowledge. He’s now doing what he likes most: cooking, teaching, traveling, writing, and making sure that people who come in contact with him have a full stomach and a good time. 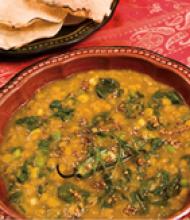 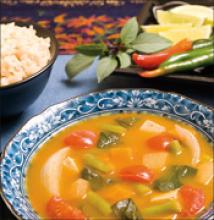