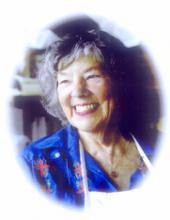 Raised in Sioux City, Iowa, Dorothy graduated from Iowa State University where she enrolled at the age of 16. Her degree in home economics with a minor in journalism foreshadowed two of her lifelong interests, food and writing. She rose to an executive position in Swift & Co.'s research kitchen, where she wrote a weekly syndicated column and hosted a radio program.

During the fifties and sixties, Dorothy was a prominent real estate professional in Wilton, CT, where she became the first woman in Connecticut to receive the Realtor of the Year. But it was after her retirement from real estate that her career as a cookbook author began.

In the early eighties, she moved to Summertown, Tennessee, where her son was starting his own family on The Farm, a large spiritual community that arose from the sixties counterculture movement. At the time Farm members were vegetarians. As Dorothy learned to appreciate tofu and other soy products, she tinkered with their preparation to make them palatable to beef-eaters from Iowa like herself. She began developing meatless menus, and became increasingly interested in the health benefits of a vegetarian diet.

Her first cookbook, Kids Can Cook, was an outgrowth of a vegetarian cooking class for sixth-graders, which she taught for The Farm School for many years. The Tempeh Cookbook and The TVP Cookbook identified Dorothy as one of the pioneers of soyfoods cuisine. All of her books are characterized by meticulous research; for each project she turned her home into a test kitchen, rejecting accepted shortcuts and refusing to borrow from other cooks, personally inventing and revising each recipe, refining measurements, and developing clear, easy instructions.

Dorothy was an active member of the International Association of Culinary Professionals, where for a decade she enthusiastically promoted healthy vegetarian cuisine and enjoyed meeting the most respected chefs of the day. She was deeply involved in an outreach program for inner-city youth through IACP's Kids in the Kitchen Network. 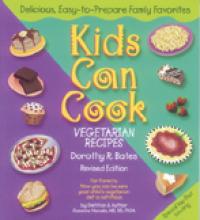 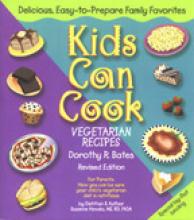