This tempting entrée is especially well-suited to wintertime, and the festive presentation will grace the table at any holiday celebration. Choose the color of peppers accordingly: orange and yellow for Thanksgiving, red and green for Christmas, or red for Valentine's Day. The quinoa has a light, nutty flavor that perfectly complements the texture and bold taste of the black beans. As a bonus, any leftovers will be tasty even if served cold. One heads-up: It's best to make the quinoa a day in advance to allow it to firm up, so plan ahead.

Put the quinoa and broth in a medium saucepan and bring to a boil over medium-high heat. Decrease the heat to medium-low, cover, and simmer for about 15 minutes, until the water is absorbed and the quinoa is soft but not mushy. Let cool slightly. Transfer to a bowl, cover, and refrigerate for 2 to 24 hours.

When ready to assemble the stuffed peppers, preheat the oven to 400 degrees F.

Slice off the top 1⁄2 to 3⁄4 inches of each pepper and set aside (these tops will be used to “cap” the peppers later). Seed the peppers.

Spoon one-quarter of the mixture into each pepper, mounding it if need be. Spoon 1 tablespoon of the reserved marinara sauce over each pepper, then top with the pepper tops. (The stuffing will peek out between the pepper tops and bottoms.) Carefully position the peppers in the casserole so they will remain upright while baking.

Cover and bake for 45 to 60 minutes, until the sauce is bubbly and the peppers are slightly tender but not mushy. Serve immediately or let cool for 15 minutes before serving. Put the sauce that has accumulated at the bottom of the casserole in a gravy boat or small bowl to pass at the table. 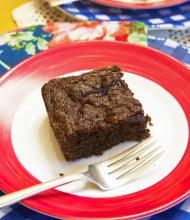 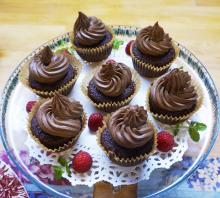 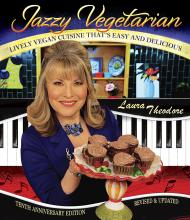