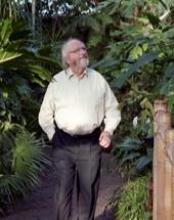 Siegfried Gursche was born in Germany to vegetarian parents, who had adopted the diet for health reasons. The kids at school used to stare at his lunch with disbelief and tell him he would die if he didn’t eat sausages. To defend himself, Siegfried began reading about nutrition.

In 1954 he purchased a bookstore in Vancouver selling imported books about natural health and nutrition. When his customers could not find the herbs to purchase, Siegfried imported them from Germany. In 1968 he began to manufacture and supply quality herbal remedies and natural supplements for distribution in Canada through his company, Flora Distributors Ltd.

In 1975, Siegfried created a way to promote natural health products and educate the consumer by publishing Alive Magazine: the Canadian Journal of Health and Nutrition. “From day one,” explains Siegfried, “it was Alive’s philosophy to help readers take responsibility for their own health.” This later led to the creation of the Alive Books department, publishing and distributing leading natural health and nutrition authors.

In 1983-1984 Siegfried served a two-year term as president of the Canadian Health Food Association. In 1992 he created the Alive Academy of Natural Health and in 1993 the Alive Award of Excellence industry recognition program. Siegfried also introduced the benefits of devil’s claw root (1974), primrose oil (1976), vegetal silical (1976) and flaxseed oil (1985) to the Canadian market. In 1996 he accepted his Master Herbalist degree from the Dominion Herbal College.

Siegfried was inducted into the Canadian Health Food Association's Hall of Fame as the “Father of the Natural Health Movement in Canada in 1997. And in 1999 he was the first health publisher to win the prestigious Benjamin Franklin Award for The Encyclopedia of Natural Healing.

In 2006, Book Publishing Co. purchased the rights to the Alive Books and now publish them under the Books Alive imprint.

Siegfried passed away on October 2, 2013. He was 80 years old. While Siegfried had produced a wealth of work over the years, his ability to provide hope and a solution when it’s most needed is one of his most valuable contributions. 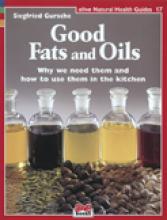 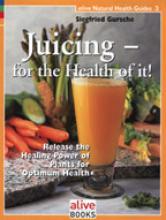