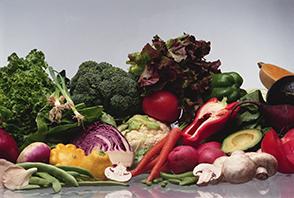 Article by PCRM. Colorectal cancer rates are on the rise for young people, according to a study published by the National Cancer Institute. Researchers tracked cancer incidence rates for 490,305 participants from the Surveillance, Epidemiology, and End Results (SEER) Program areas. For those within the 20 to 39 year age range, cancer rates increased as much as 2.4 percent each year since the 1980s and through the 1990s. When compared to those born in the 1950s, those born around 1990 have double and quadruple the risks of colon and rectal cancers, respectively, due to low-fiber diets, high consumption of processed meats, and lack of physical activity. The authors call for preventive measures and healthful eating patterns to reduce risk factors associated with colorectal cancer.