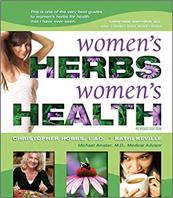 Cranberry juice, or a powder made from the juice, is certainly the most widely recommended natural remedy for urinary tract infections. Cranberry has gained wide acceptance in natural medicine and modern medicine alike, partly because definitive scientific studies say it works, but also because it really does. Researchers conclude that when the juice’s organic acids pass through the urinary tract, they increase acidity and discourage bacterial growth. These same acids also interfere with the bacteria’s ability to attach to the bladder wall and cause infection. Another compound is formed when the juice passes through the digestive tract. Called hippuric acid, it can inhibit pathogenic E. coli, the bacteria most often responsible for urinary tract infections.

Cranberry can be used simply as a juice taken between meals; drink a glassful several times a day, up to a quart. We prefer the straight juice, lightly sweetened. Beware of most commercial cranberry juices since they contain as much sugar as they do juice, and eating too much sugar can take a toll on the immune system. Supplements in capsules are also available.

In one of several positive studies on cranberries, half of a group of 153 women each consumed 300 milliliters (about 10 ounces) of cranberry beverage for six months. In the juice drinkers, pathogenic bacteria counts were about half as high as they were in women who drank a placebo. Cranberry may not be the best remedy for healing an acute infection, but it can be started as soon as the first symptoms are felt and continued for two months to prevent a recurrence. Blueberries may also acidify the urinary tract in a way similar to cranberry juice.