Diet: Only Hope for Arthritis 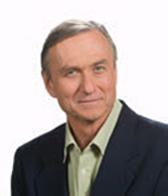 Article by Dr John McDougall, MD. Diseases of the muscles and bones are among the most common of all human afflictions, affecting all ages, but becoming more prevalent with years. Government surveys indicate in the United States approximately 33% of adults currently suffer from troublesome arthritis with symptoms of swelling, limitation of motion, or pain. Approximately half of all people over 65 years report having arthritis. The regions of the body most affected are the neck, lower back, hip and shoulder.

Arthritis means inflammation of a joint–no more, no less. The fact that a person has arthritis tells nothing about the cause or the cure. Joints can be inflamed as a result of an injury, such as from tripping and spraining an ankle. That’s called traumatic arthritis. Joints can be infected with bacteria resulting in suppurative arthritis. Uric acid crystals can accumulate in the joints causing gouty arthritis. The causes of all three of these forms of arthritis are known and once the causes are stopped the joints heal. Unfortunately, most forms of arthritis are said by doctors to have “no known cause.” And whether or not they will admit it, there is no cure to be found in modern drug therapy either.

Arthritis of “no known cause” can be divided into two broad categories: degenerative arthritis and inflammatory arthritis. Degenerative arthritis most commonly represents a condition known as osteoarthritis. This is the most common arthritis found in people living in Western civilizations–seen in x-rays of the hands of over 70% of people 65 years and older. However, this same disease is comparatively rare in African and Asian countries, where people physically labor to survive (Br J Rheumatol 24:321, 1985). How can that be? Osteoarthritis is said to be due to wear and tear on the joints, so why is it less common among hard working people of underdeveloped countries? Nor does it explain why with light use, the hands of women often become twisted and deformed with age.

People diagnosed with degenerative arthritis (osteoarthritis) have inflammation in their joints in addition to the long-standing damage (degeneration). This inflammation can often be stopped with a change in diet and the swelling, pain, and stiffness relieved. What won’t change in either form of arthritis is the permanent destruction left by years of disease, leaving deformity, stiffness and pain. To understand how most people with arthritis can be helped by a healthy diet, I will focus on the more aggressive inflammatory forms of arthritis.

The intestine forms an effective barrier to separate and exclude intestinal contents from the interior of the body. Only a single layer separates the individual from enormous amounts of antigens (foreign proteins) both of dietary and microbial origin. The intestinal mucosa absorbs and digests nutrients, turning large complex molecules into small simple ones. Normally, only the small molecules are allowed to pass through the intestinal wall, while the large ones that can act as antigens, causing immune reactions, have a limited ability to pass through. Infections and toxins can cause gaps in this barrier and allow large molecules to pass into the blood. This condition of increased intestinal permeability is referred to as a “leaky gut.” Patients with inflammatory arthritis have been shown to have inflammation of the intestinal tract resulting in increased permeability (Baillieres Clin Rheumatol 10:147, 1996).

The largest amount of lymphoid tissue in the body is associated with the gut. This tissue protects the body from antigens that do get through the intestinal barrier. Unfortunately, an unhealthy diet–too high in fat, cholesterol, and animal protein–can compromise the capacities of the lymphoid tissue to destroy invading antigens that make it through the intestinal wall.

Fasting is known to decrease intestinal permeability, thus making the gut “less leaky.” This may be one of the reasons fasting has been shown to dramatically benefit patients with rheumatoid arthritis (Scand J Rheumatol 1982;11(1):33-38). When patients return after the fast to a diet with dairy products, the gut becomes more permeable and the arthritis returns. An unhealthy diet containing dairy and other animal products causes inflammation of the intestinal surfaces and thereby increases the passage of dietary and/or bacterial antigens (Br J Rheumatol 33:638, 1994). A vegan diet (one with no animal products) has been found to change the fecal microbial flora in rheumatoid arthritis patients, and these changes in the fecal flora are associated with improvement in the arthritis activity (Br J Rheumatol 36:64, 1997).

In addition to being devoid of animal products, the diet needs to be very low in fat for maximum benefits. Dietary fat has a toxic effect on the intestine of experimental animals, causing injury that increases the permeability of the gut allowing more antigens to enter the body (Pediatr Res 33:543, 1993). Feeding high cholesterol diets to young animals also increases their “leaky gut” (J Pediatr Gastroenterol Nutr 9:98, 1989; Pediatr Res 21:347, 1987). Those vegan diets that have failed to help arthritis patients have been high in vegetable oils, which are know to damage intestinal integrity.

One dangerous paradox in arthritis treatment is that the drugs most commonly used to treat arthritis are toxins to this intestinal barrier. All commonly used nonsteroidal antiinflammatory drugs (like Advil, Motrin, Naprosyn, etc.), apart from aspirin and nabumetone (Relafen), are associated with increased intestinal permeability in man. While reversible in the short term, it may take months to improve the barrier following prolonged use. (Baillieres Clin Rheumatol 10:165, 1996).

Foreign Protein in the Body
Through the “leaky gut” pass foreign proteins from foods and bacteria into the blood stream. The food proteins are recognized by the body as “not self,”– as something harmful, just like it recognizes the proteins of viruses, parasites, and bacteria as foreign. Then it makes antibodies against these invaders. Elevated levels of antibodies to gut bacteria and to food have been found in various forms of inflammatory arthritis (Rheumatol Int 1997;17(1):11-16; Clin Chim Acta 203:153, 1991).

A “leaky gut” can lead to the formation of large complexes, made up of antibodies and the foreign protein (antigens) in the blood (Curr Opin Rheumatol 10:58, 1998; Ann Prog Clin Immunol 4:63, 1980). The healthy body has mechanisms that easily remove these large complexes from the blood. In some people, however, these complexes survive–because they are formed too rapidly for complete removal and/or the removal mechanisms are insufficient to handle the load. The persistent complexes are then filtered out by the smallest capillaries of the body which are found in the joints, skin, and kidneys. Stuck in the capillaries these complexes cause an inflammatory reaction, like a sliver of wood stuck in the skin.

Another fate of the foreign proteins is they can cause the body to make antibodies that are not solely specific to that foreign protein, but also interact with similar human proteins. This mechanism is known as molecular mimicry. The body attacks itself and the resulting diseases are referred to as autoimmune diseases. Rheumatoid arthritis, lupus, psoriatic arthritis, ankylosing spondylitis, and the other inflammatory forms of arthritis are autoimmune diseases.

Molecular mimicry in rheumatoid arthritis has been identified with cow’s milk. One analysis showed that the amino acid residues 141-157 of bovine albumin were essentially the same as the amino acids found in human collagen in the joints (Clin Chim Acta 203:153, 1991). The antibodies synthesized to attack the foreign cow’s milk proteins, end up attacking the joint tissues because of shared sequences of amino acids between the cartilage and the milk proteins, that the antibody is directed to attack.

A healthy diet allows the defense systems to work to its full capacity removing antigens that enter the system and removing immune-complexes from the blood. Components of the rich American diet are known to impair its function. Vegetable oils, including those of the omega-3 and omega-6 variety, are particularly strong suppressors of the immune system. This immune suppressing quality of oils (for example, fish oil and primrose oil) has been used to suppress the pain and inflammation of arthritis, but like too many drug therapies the ultimate outcome may not be best for the patient. Suppression of the immune system prevents it from doing its work of removing invading foreign proteins. Low-fat diets have been shown to retard the development of autoimmune diseases, similar to lupus and rheumatoid arthritis, in experimental animals (Ann Rheum Dis 48:765, 1989).

A healthy diet also supplies antioxidants and other phytochemicals that keep the joints strong and repair damage (Am J Clin Nutr 53(1 Suppl):362S, 1991). Animal studies have shown that the foods consumed on the rich American diet fail to provide adequate antioxidants to destroy the damaging free radicals that form in the joint tissues (J Orthop Res 8:731, 1990).