Fish Oil: Not the Best Tool to Fight Inflammation 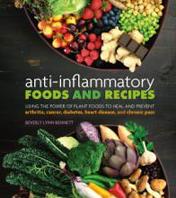 There’s no question that fish oil, especially from oily coldwater fish, is an excellent source of the omega-3 fats that humans convert most easily into anti-inflammatory eicosanoids. However, the consumption of fish and their oil is problematic in several ways.

Common toxins in fish, including dioxin, mercury, PCBs, pesticides, and discarded pharmaceutical drugs, have become present in increasingly dangerous amounts in our oceans. Ingesting mercury at the levels often found in fish can cause neurological damage, while dioxin and PCBs have a host of adverse effects ranging from reduced fertility and immunity to heart problems. People who eat farmed fish instead of wild-caught fish in an attempt to avoid these contaminants might be surprised to learn that farmed fish often contain higher levels of dangerous chemicals than fish raised in ocean waters. That’s because farmed fish are fed fish meal and oil from sea animals. Chemicals and toxins are stored in the fats of these animals and passed on to farmed fish in even higher concentrations than would occur in natural environments.

Even if these dangerous contaminants could be removed during processing, fish oil may not produce the results that claims suggest. Some studies show that large amounts of fish oil can increase the risk of colon cancer and may not have the protective effects against heart disease that was once believed. Other studies strongly dispute the claims that fish oil helps prevent Alzheimer’s disease, cancer, and inflammation, or improves the immune system.

When weighing whether to consume fish oil, keep in mind the following two points: (1) Getting the right amount of essential fatty acids in order to reduce inflammation is a matter of balance and taking high amounts of omega-3s is not necessarily a healthy practice. (2) The bounty of our oceans is at increased risk for depletion. The World Wildlife Fund estimates that the number of large ocean fish has decreased by about 80 percent over the last hundred years. Encouraging more people worldwide to consume increased amounts of fish and fish oil would ultimately make this situation more dire. Because fish farms rely on supplies of ocean fish as a source of feed, eating only farmed fish wouldn’t relieve this serious problem.

The best alternative is to eat a diet that contains enough plant-based foods rich in omega-3 fatty acids to balance foods containing omega-6s. Freshly ground flaxseeds and chia seeds can be incorporated into cold cereals, salads, and smoothies. (Note that these seeds should be consumed shortly after grinding or stored for brief periods in the refrigerator or freezer to prevent degradation of their fragile oils.) Walnuts and dark leafy greens are also good sources of omega- 3s. If you think you need additional omega-3 supplementation, consider getting it from the same source that ocean fish do: marine microalgae. Supplements made from microalgae are free of the toxins found in fish and untreated fish oils and supply omega-3 fats of the same quality.