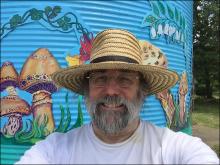 Albert Bates (born January 1, 1947) is an influential figure in the intentional community and ecovillage movements. One of the organizers of the Global Ecovillage Network (GEN), he served as GEN's chairman of the board (from 2002 to 2003) and president (from 2003 to 2004). He is presently GEN’s representative to the UN climate talks.

Bates was also the principal organizer of the Ecovillage Network of the Americas and served as its president (from 1996 to 2003). In 1994 he founded the Ecovillage Training Center at The Farm, an intentional community in Summertown Tennessee.  He has taught courses in sustainable design, natural building, permaculture, and technologies of the future to students from more than 50 nations.

A former environmental rights lawyer, Bates first came to national prominence in 1978 when he sued to shut down the entire U.S. nuclear fuel cycle. The case, which went four times to the United States Supreme Court, was ultimately unsuccessful but raised troubling questions about the health effects of nuclear energy. He later wrote two books on the case Shut Down: Nuclear Power on Trial and Honicker V. Hendrie, A Lawsuit to End Atomic Power.

The author of numerous books, films and news media on energy, the environment, and history, his book Climate in Crisis (1990) was among the first publications to call attention to global warming and the first book published on web (rolled paper) press using a 100% recycled product without chemically removing clays or inks.  Other titles include,Dark Side of the Ocean (2020) Taming Plastic, a children’s book (2020), Transforming Plastic (2019) Burn:Using Fire to Cool the Earth (2019), The Paris Agreement (2015), and Biochar Solution (2010). He tweets at @peaksurfer and blogs at peaksurfer.blogspot.com. 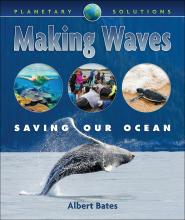 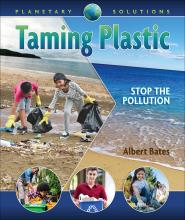