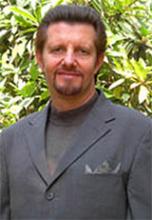 Dr. Brian Clement, co-director of Hippocrates Health Institute in West Palm Beach, Florida, has spent more than three decades studying nutrition and natural healthcare. He has received graduate degrees in both naturopathic medicine and nutritional science. Since 1980 he has directed the Institute's growth and development as well as facilitated the implementation of such progressive natural health treatments as: the Living Food Diet, Wheatgrass Therapy, Dark Field Microscopy, and the essentials of mind-body therapies. Over the years Brian has assumed the role of a health advocate, motivating a very eager public to take action to improve their lives.

In his role as a progressive educator, Brian has conducted countless seminars, lectures, and educational programs, traveling extensively to more than 25 countries around the globe. At home in the United States, he has taken the message of this widely successful program to the entire country. In recent years he has been commissioned by government-supported organizations to establish, organize, and direct health programs in Denmark, Switzerland, Greece, and India. Brian has also written numerous books in which he explores the various aspects of health, spirituality, and natural healing.

In response to growing public demand, he has produced an educational video series on the practical application of Hippocrates Health Institute's Life Transformation Program, the Institute’s signature three-week detoxification and cleansing process. In addition, Brian created the Hippocrates Health Educator Program, a nine-week intensive class that certifies students to teach the Hippocrates Living Foods Lifestyle, with graduates in over 12 countries.

His progressive ideas on natural health approaches, coupled with his vast theoretical and practical scientific experience, have earned him a reputation as a leading expert in the natural health field. Brian's professional opinion is highly regarded and much sought after; he is a frequent guest on television, radio, and in print, and acts as a resource expert for several publications. Brian has also been recognized for his significant contribution in the field of modern healthcare by Who's Who Among Outstanding Americans. 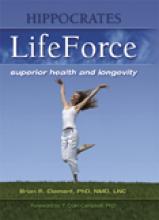