The Healing Power of TURMERIC

Despite the concerted efforts of conventional medical practitioners and scientific researchers to understand and effectively deal with both acute and chronic diseases, little has changed in well over fifty years in terms of how most common ailments are assessed and treated. Chronic diseases, such as cardiovascular and neurodegenerative conditions, diabetes, cancers, respiratory illnesses, and stroke comprise 46 percent of the total global disease burden and account for 59 percent of deaths worldwide. And these numbers aren’t decreasing; alarmingly, they’re on an upswing.

Current research has confirmed what traditional herbal healers have known for centuries: certain plants and plant-derived components can play valuable roles in critical healing processes, such as reducing inflammation, treating and preventing degenerative diseases, and even thwarting cancer. As a bonus, these plant-derived compounds are inexpensive, readily available, nontoxic, and devoid of the rampant and dangerous side effects that abound with the majority of pharmaceuticals.

These intriguing findings have piqued the interest of conventional as well as natural and alternative health care practitioners in nutraceuticals, which are food components that provide medicinal benefits encompassing the prevention and treatment of diseases. One of the most widely lauded natural plant components is curcumin, a pharmacologically active compound extracted from the rhizomes (tuber-shaped rootstalks) of the turmeric plant (Curcuma longa), a pungent, spicy-sweet herb.

Turmeric has been used medicinally for thousands of years. Initially it was used to help heal wounds, but it was also used to treat diverse conditions in traditional Ayurvedic and Asian medicine. More recently it has been discovered to also be capable of inhibiting the proliferation of cancer cells and blocking the pathways that induce chronic inflammation.

Turmeric, a plant related to ginger, is cultivated in India and other parts of Asia, and Africa, where it’s widely used as a seasoning and regularly consumed in foods and beverages on a daily basis. Curcumin, the constituent in turmeric that’s responsible for its naturally vibrant yellow color, is what gives curry powder its vivid hue. Known for its warm, bitter taste and golden color, turmeric is commonly added to Asian, African, and Indian seasonings, such as curry powders, and is used as a colorant in mustards, butter, and cheeses.

Turmeric has long been used in traditional Chinese medicine and Ayurvedic medicine as a treatment for inflammatory conditions, such as arthritis, colitis, and hepatitis. Its potent anti-inflammatory qualities present enormous therapeutic potential to combat a wide range of pro-inflammatory diseases, including but not limited to acute coronary syndrome, Alzheimer’s disease, arthritis, atherosclerosis, cancers, cardiovascular disease, Crohn’s disease, diabetes, gastric inflammation, gastric ulcer, pancreatitis, peptic ulcer, psoriasis, ulcerative colitis, ulcerative proctitis, uveitis (a form of eye inflammation), vitiligo, and others. The 2013 issue of Current Pharmaceutical Design reported that turmeric is effective in preventing and treating certain forms of cancer, including breast cancer. In addition, curcumin has been shown to be effective in treating alcohol intoxication, chronic arsenic exposure, hepatic conditions, and irritable bowel syndrome.  It even shows promise as an antiaging agent!

Turmeric is used in cooking and in manufactured food products in many Western countries, and both turmeric and curcumin are available as  dietary supplements. They both are listed as “generally regarded as safe”  (GRA S) by the United States Food and Drug Administration (FDA). Human studies have shown curcumin to be safe at doses as high as 12 grams per  day for three months. However, turmeric and curcumin are not currently approved as drugs, and more studies with human subjects are needed in order for curcumin to be approved to treat human disease.

The following pages explore what is currently known about turmeric and curcumin: their history, chemical and physical properties, and biological activity. In addition, you’ll learn how turmeric has been a vital component of Ayurvedic and traditional Chinese medicine and read about its safety and recommended precautions for use. You’ll also learn how to include turmeric in your diet and have a chance to try a few of my favorite recipes that include turmeric as a seasoning.

How a single natural biological agent can have so many health benefits has been a mystery to researchers for a long time. Fortunately, laboratory studies and clinical research have begun to give us a better understanding of curcumin and the potential of this amazing nutraceutical to treat and  prevent a host of human diseases. Turmeric and curcumin might well be the long-awaited panacea that medical science has been searching for. So give turmeric a try. It’s been proven safe to consume, and it just might make some great improvements in your health.

Learn more about the healing properties of Turmeric here. 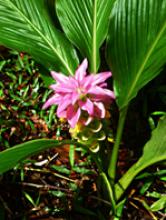 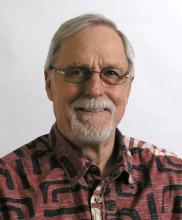