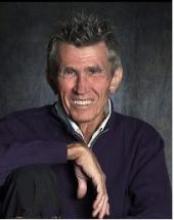 Viktoras Kulvinskas, MS, is considered the grandfather of the living food movement. In 1970, Viktoras Kulvinskas pioneered the live food movement in the USA, leaving behind his consulting business with the likes of the Apollo Mission, M.I.T., Smithsonian and Harvard. He and Dr Ann Wigmore founded Hippocrates Health Institute in Boston. Viktoras developed the Hippocrates Health Institute Live Food program that has helped millions of people and their pets around the world regain their health through living foods.

In 1971, he authored the Bible of Raw Foods: Survival Into the 21st Century. His visionary gifts are too numerous to mention. In the 80's he also was the nutritional director of the Dick Gregory Obesity and Substance Abuse Center, and operated a retreat center in Arkansas with his wife Youkta.

As well as serving as an educator worldwide, a chef, researcher, and author, he is also an ordained Bishop of the First Christain Essene Church. Viktoras is noted as a mentor to Gabriel Cousins, M.D., Dick Gregory, Dr. Smokey Santillo, Karyn Calabrese, Dr Brian Clement, Dr Edward Howell, David Wolfe and many others.

He is currently active lecturing and attending raw food festivals and conferences globally. His classic book, Survival in the 21st Century, was re-issued in March 2010. It has been a best seller for over 25 years with over 500,000 copies sold. Considered to be the original manual for starting a natural and healthy lifestyle, it includes over 400 medical journal references. 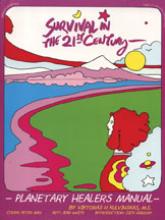